A surge protective device (SPD) is a protective device for limiting transient voltages by diverting or limiting surge current and is capable of repeating these functions as specified. SPDs were previously known as Transient Voltage Surge Suppressors (TVSS) or secondary surge arrestors (SSA). Secondary surge arrestor is a legacy term (often used by utilities) and is used most commonly for a device that has not been certified to ANSI/UL 1449. In 2009, after the adoption of ANSI/UL 1449 (3rd Edition), the term Transient Voltage Surge Suppressor was replaced by Surge Protective Device. 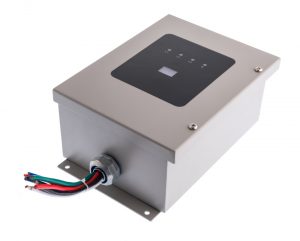 Surge protection is a cost-effective solution to prevent downtime, improve system and data reliability, and elimination of equipment damage due to transients and surges for both power and signal lines. It is suitable for any facility or load (1000 volts and below). Typical SPD applications within industrial, commercial and residential include:

Per the National Electrical Code® (NEC) and ANSI/UL 1449, SPDs are designated as follows: